the marvelous character blocking compositions on the porch in The Searchers among the greatest opening shots in cinema history… …and among the greatest closing shots

most underrated:   Bob le Flambeur from Melville wrongly fell off the TSPDT consensus top 1000 in 2020. gem I want to spotlight:   I’m going to cheat and pick two very different films here. Aparajito from Satyajit Ray is as strong as 1955’s Pather Panchali- the first leg of the film of Ray’s Apu trilogy. It’s humanism at its finest, but also a pillar of the neo-realism movement from Rossellini and De Sica up through Boyhood and the Dardenne brothers. Also, if you’re looking for lighter fare – try High Society.  It is an impressive remake of Cukor’s 1940 The Philadelphia Story. Grace Kelly plays the Katharine Hepburn role, Bing Crosby plays the Cary Grant role and Frank Sinatra plays the Jimmy Stewart role. It’s a testament to the three actors how well they follow up the legends in the 1940’s film. The only one of the six (three from this film and 3 from the 1940 original) with no acting Oscar is actually Cary Grant- haha. Grace Kelly’s last movie and she’s incredible here—what a loss for us that she stopped working– what a talented actress and incredible beauty. Unlike Cukor’s version in black and white,  this is in VistaVision, color and this one includes original music by Cole Porter— a great bonus and on top of having Cole Porter music—we get three of the best musicians of the 20th century (Louis Armstrong, Crosby and Sinatra) working tougher. 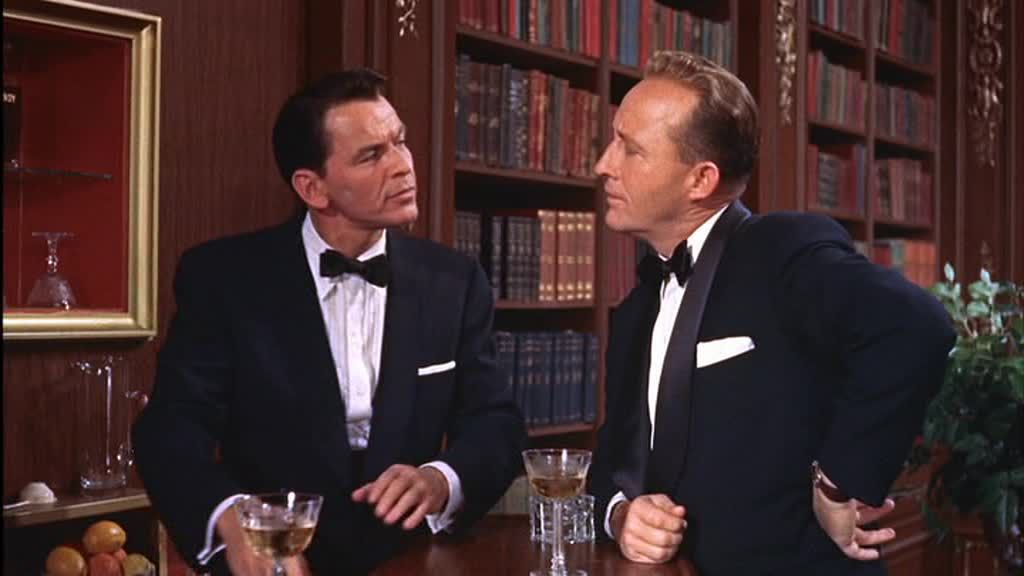 on top of having Cole Porter music—we get three of the best musicians of the 20th century (Louis Armstrong, Crosby and Sinatra) working tougher an epic shot fitting the genre from Giant best performance male:   The best actor of the year, male or female, is extremely easy in 1956. It John Wayne. His Ethan Edwards character and performance are amongst the greatest in film history. It’s a richly complex, nuanced work. I think Rock Hudson deserves mention in 1956.  He is not a talented actor but I have to note his work here not only in Written on the Wind but Giant as well – two top 10 films. My third and final mention here is the timeless performance by Roger Duchesne as Bob in Bob le Flambeur. As much as I admire Duchesne’s work I mentioned several times in my notes on the film that it may be a better film with say Jean Gabin in the lead (probably why I’m getting to him after Hudson). Sirk bouncing the light off of Lauren Bacall

best performance female:  It is an awful year for female roles and performances. Frankly, beyond Wayne in The Searchers it isn’t not a great year for acting period. I’m going to give my best performance of the year by a female to a great supporting turn by Dorothy Malone in Written on the Wind. She steals every scene she’s in.  Lauren Bacall also gets a mention as well for her work in the same film even if she’s quite up to the same sort of call out as Malone is for her work from Kubrick’s The Killing— stark beauty